?Espoo, Finland ? Nokia today announced that the Nokia Lumia 920 and the Nokia Lumia 820 will reach the first operators and retail outlets in select countries this week. Both phones will appear in stores in France and the UK this week, then Russia, Germany and further select markets throughout the rest of November*.

?After seeing the enthusiastic response to the incredible innovation in the Nokia Lumia 920 and Nokia Lumia 820, we?re eager for people to start experiencing the phones for themselves,? said Jo Harlow, executive vice president, Nokia Smart Devices. ?We are focusing our efforts on working with partners who recognize the value of that innovation, and who are committed to helping Lumia and the Windows Phone platform break through in key markets around the world.?

The Nokia Lumia 920 includes the latest Nokia PureView camera, capturing five times more light than competitor smartphones for bright pictures without flash, even indoors and at night. It also features built-in wireless charging, making it easy to keep the battery topped up throughout the day, as well as a better-than-HD display. The Nokia Lumia 820, Nokia Lumia 810 and Nokia Lumia 822 offer exchangeable covers in a range of vibrant colours, including the option to add wireless charging. Like the Nokia Lumia 920, they boast the world?s most sensitive touchscreen and Nokia ClearBlack display technology for easy visibility in the brightest sunlight. All phones come with the full suite of Nokia navigation applications, including Nokia City Lens, as well as Nokia Music for unlimited music streamed directly to the phone.

Operators and retailers will announce local pricing and exact availability for each country. 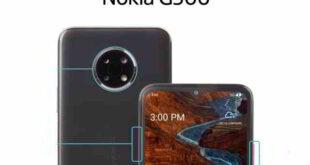