The Threat:
A new Trojan affecting Android devices has recently emerged in China. Dubbed ?Geinimi? based on its first known incarnation, this Trojan can compromise a significant amount of personal data on a user?s phone and send it to remote servers. The most sophisticated Android malware we?ve seen to date, Geinimi is also the first Android malware in the wild that displays botnet-like capabilities. Once the malware is installed on a user?s phone, it has the potential to receive commands from a remote server that allow the owner of that server to control the phone.

Geinimi is effectively being ?grafted? onto repackaged versions of legitimate applications, primarily games, and distributed in third-party Chinese Android app markets. The affected applications request extensive permissions over and above the set that is requested by their legitimate original versions. Though the intent of this Trojan? isn?t entirely clear, the possibilities for intent range from a malicious ad-network to an attempt to create an Android botnet.

Lookout has already delivered an update for its Android users to protect them against known instances of the Trojan. If you are already a Lookout user (free or premium), you are protected and no action is needed.

How it Works:
When a host application containing Geinimi is launched on a user?s phone, the Trojan runs in the background and collects significant information that can compromise a user?s privacy. The specific information it collects includes location coordinates and unique identifiers for the device (IMEI) and SIM card (IMSI). At five minute intervals, Geinimi attempts to connect to a remote server using one of ten embedded domain names. A subset of the domain names includes www.widifu.com, www.udaore.com, www.frijd.com, www.islpast.com and www.piajesj.com. If it connects, Geinimi transmits collected device information to the remote server.

Though we have seen Geinimi communicate with a live server and transmit device data, we have yet to observe a fully operational control server sending commands back to the Trojan. Our analysis of Geinimi?s code is ongoing but we have evidence of the following capabilities:

While Geinimi can remotely initiate an app to be downloaded or uninstalled on a phone, a user still needs to confirm the installation or uninstallation.

Geinimi?s author(s) have raised the sophistication bar significantly over and above previously observed Android malware by employing techniques to obfuscate its activities. In addition to using an off-the-shelf bytecode obfuscator, significant chunks of command-and-control data are encrypted. While the techniques were easily identified and failed to thwart analysis, they did substantially increase the level of effort required to analyze the malware. The Lookout Security team is continuing to analyze capabilities of new and existing Geinimi variants and will provide more information as we uncover it.

Who is affected?
Currently we only have evidence that Geinimi is distributed through third-party Chinese app stores. To download an app from a third-party app store, Android users need to enable the installation of apps from ?Unknown sources? (often called ?sideloading?). Geinimi could be packaged into applications for Android phones in other geographic regions. We have not seen any applications compromised by the Geinimi Trojan in the official Google Android Market.

There are a number of applications?typically games?we have seen repackaged with the Geinimi Trojan and posted in Chinese app stores, including Monkey Jump 2, Sex Positions, President vs. Aliens, City Defense and Baseball Superstars 2010. It is important to remember that even though there are instances of the games repackaged with the Trojan, the original versions available in the official Google Android Market have not been affected. As the Lookout team finds more variants of the Geinimi Trojan grafted onto legitimate applications, we?ll provide timely updates.

As stated above, Lookout has already delivered an update for its Android users to protect them against known instances of the Trojan.


How to Stay Safe:

With the discovery of this new malware, it is more important than ever to pay attention to what you?re downloading. Stay alert and ensure that you trust every app you download. Stay tuned for more details on this threat. 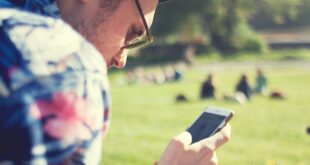 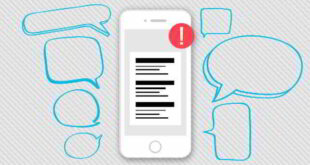 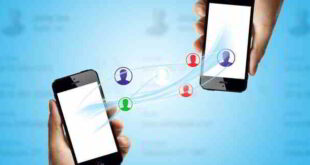