GoTalkMobile features are:
1. It’s the easiest way for communication – GoTalkMobile has very SIMPLE and user-friendly interface. There’s nothing you can do wrong – it’s just impossible. You can make sure how easy to start using GoTalkMobile.
2. It’s like SMS, but much more CHEAPLY! Just imagine – each message costs up to 100 times cheaper than SMS in your home-network and 1000 times cheaper if you’re in roaming. That’s extra profitable for those who are keen on using SMS. Such economy is great advantage of GoTalkMobile? Isn’t it?
3. It’s fast! We’re sure the situation when very important SMS can’t be delivered in time because of the network errors is well-known to everyone. And you wait… and it annoys… GoTalkMobile helps to save your nerves. The main difference is that in “SMS” the key word is “short”, it’s not supposed to be INSTANT, but GoTalkMobile is. All the messages are delivered instantly. With GoTalkMobile you add to your cell phone all the advantages of Google Talk messaging including the fast delivery.
4. It’s without spyware or adware! We guarantee – this software contains NO SPYWARE or ADWARE. We guarantee – your cell phone is in complete safety. GoTalkMobile uses its own algorithm of integrity check – that means that you can be sure that the program was not modified or changed by anyone. This is pure program. We strongly recommend you to use only our OFFICIAL site for the downloading GoTalkMobile.
5. This program is given to you for free! You can do anything you want with GoTalkMobile – copy it, send it to your friends, whatever!!! Use our site to download GoTalkMobile to your cell phone absolutely for free. What is really important – you can share it with your friend through Bluetooth ™, Infrared port, USB cable or even send it through e-mail!
6. GoTalkMobile saves your money! It compresses the GPRS traffic between user and server, making chat much cheaper that usual SMS. It uses the compression algorithm for spending as little traffic as possible, and that means – less money. It’s fast and cheap. That’s perfect!
7. GoTalkMobile is Secure! The program uses completely secure encrypted GPRS channels of your mobile Operator. Our server is situated on the commercially defended hosting – that guarantees you full safety of using GoTalkMobile.
8. Send messages to PCWith the help of GoTalkMobile you can send messages to your friends, who are using PCs at the moment, the only condition – your friends should use Google Talk And of course you can chat with your friends, having GoTalkMobile on their cell phones.
9. Send messages to other phones!Using GoTalkMobile you can chat with your friends who have GoTalkMobile on their cell phones too. That’s much easier and cheaper that SMS (just count – each message is 100 times cheaper if you are in your home network, and 1000 cheaper if you’re in roaming). And that’s faster – what can be better? Now everything’s done for you to communicate as much as you wish and without any problems.

10. Run GoTalkMobile at phone and GoogleTalk at your PC at the same time! If you have GoTalkMobile both – and on you PC (using Google Talk), and on your cell phone, you are always on-line. The messages are being delivered on your PC and on cell phone. You can use it at the same time.
11. It runs in the background!GoTalkMobile is always switched on, but it never prevents normal work of you cell phone. It’s on the background and activates only when the message is delivered. That’s why using GoTalkMobile you can do with your phone whatever you want – call, look through the Wap-sites, and even use it as a hummer – whatever – GoTalkMobile never disturbs you. 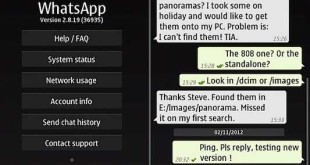 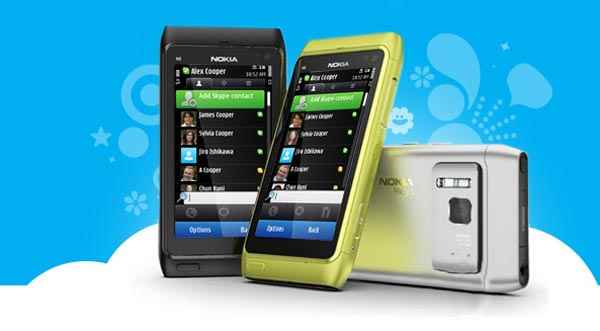